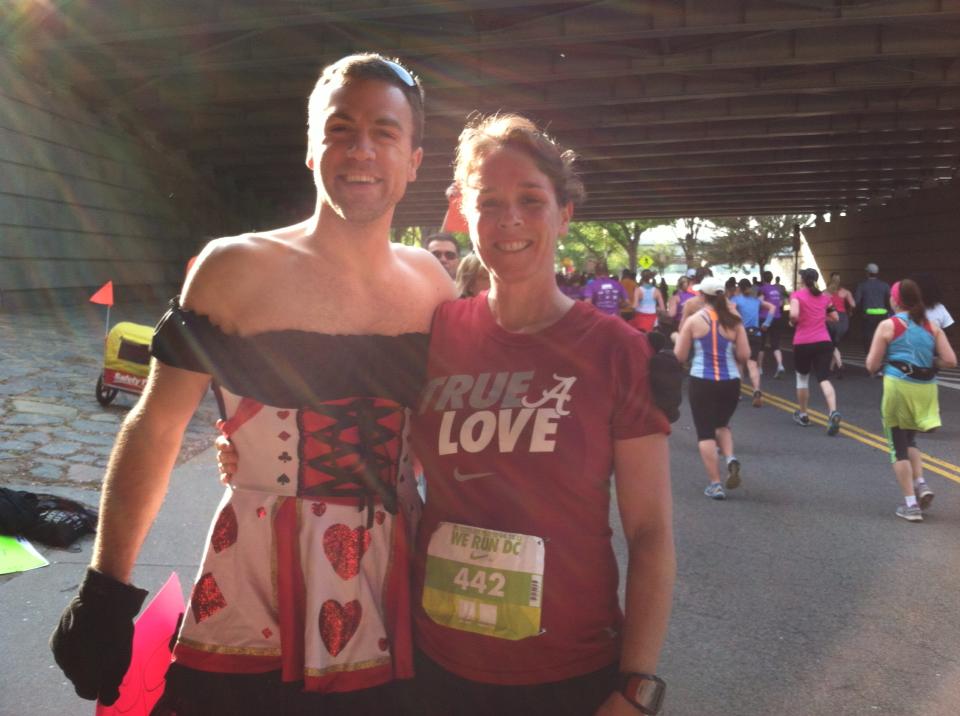 This weekend was filled with great moments & memories. Let’s start with the Nike Women’s Half Marathon (#werundc).

Typically, I’m the one running the race. But for this one, I was on the other side of things. And let me say, I honestly think spectating might be more exhausting than actually running.

The costume of all costumes.

Some highlights from the reactions I received:

I expected a few laughs, a few more smiles, and perhaps a random high-five or two. But the reactions by thousands of women were overwhelming. Literally thousands of people smiled, laughed, cheered, fist-pumped, clapped, high-fived & even hugged… partly because of the costume I had on.

I knew none of these people. And I won’t ever see them again (except for maybe that girl who said to call her… if you’re reading this, hit me up in the comments, haha). But for those few short seconds — if only in a small way — I helped add something positive to their experience today. Whether you believe it or not, I’m telling you, that energy is contagious. I guarantee you more people did uplifting things today because of the positive energy that was created & shared.

It could’ve been any number of different costumes. A funny sign. The use of a stranger’s first name. A random high-five. Or just a smile that you share with a fellow runner.

These things matter. And when people drive home after a race, and their family & friends ask them “how was it?!”, they will undoubtedly say something positive, and say it with a smile. Thus, spreading more positive energy beyond the running community.

Which brings me to…

I’ve said this before, and it’s worth repeating (because reminders are helpful). I haven’t done the greatest job of 1) keeping in touch with old friends, and 2) seizing the moment & hanging out with the friends I have right now. But I’m realizing more & more how important/awesome/necessary it is to do both.

I have some of the most awesome friends on the planet. Some of them I see regularly. Others, once or twice a year. And some we go years without seeing each other. But this world is filled with awesome people, and I’ve been fortunate enough to meet a lot of really cool ones.

Remind your friends how awesome they are. When they ask you to hang out, drop what you’re doing and go chill for an hour… or a weekend. 99% of the time, it’s way more important than whatever else you were doing.

Awesome weekend, friends. Thanks for making it one to remember 🙂