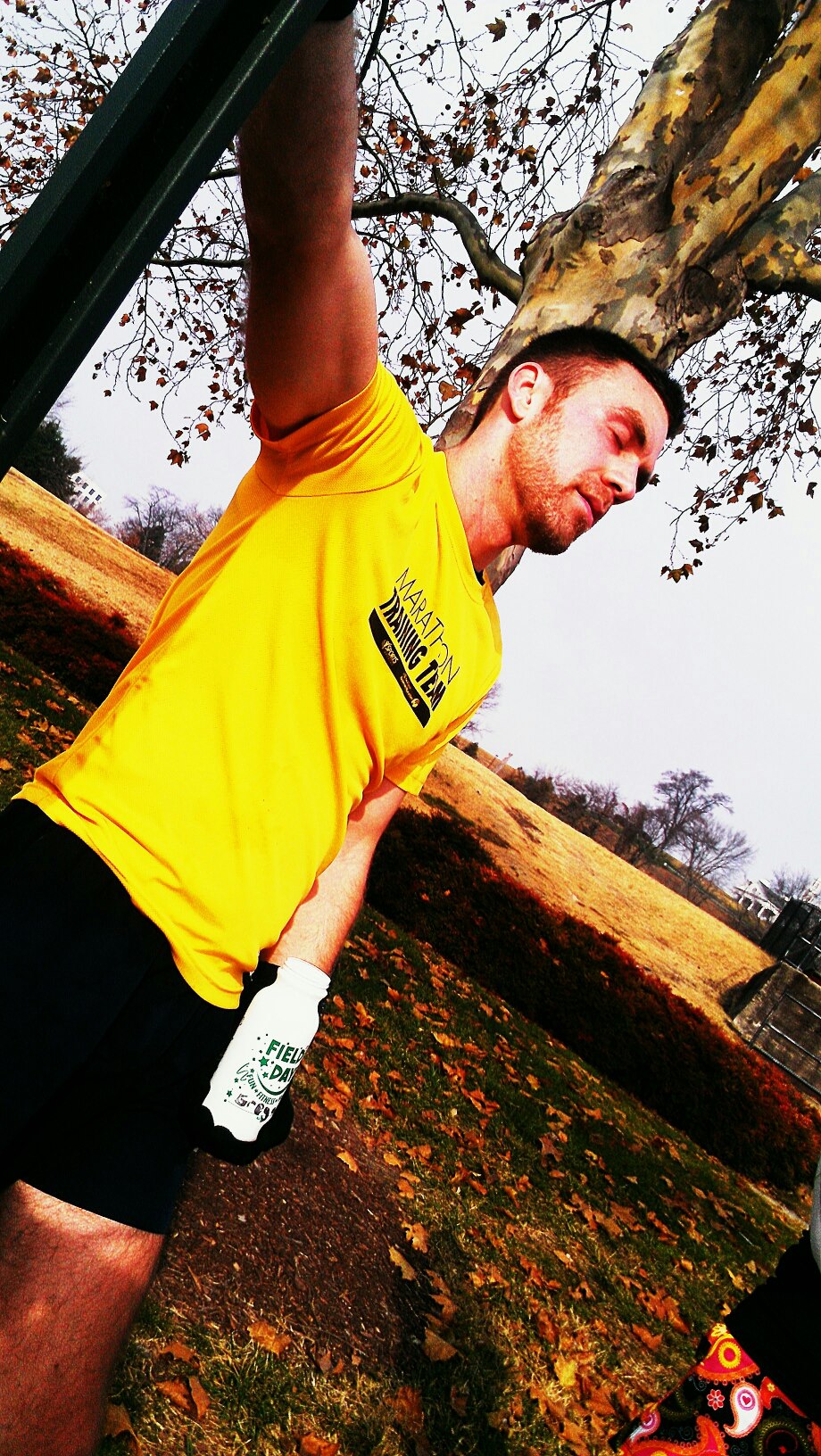 Well, here’s an idea. Run a marathon. Totally bomb your time, but have a blast doing it. Take three easy weeks off. Eat turkey. Eat more turkey. Then run the same exact course you ran three weeks ago, unsupported (sort of), to try & hit your goal time.

I woke up at 5:00am this morning. Rested. No nerves. No worries. Just another Sunday run around one of the coolest cities on the East Coast.

One of the things I love most about running, is that it changes my perspective. My perspective on life. On other people. On myself. And the world around me. My run today was no different.

I went into it with a 3:30, no excuses, no exceptions mentality. If nothing changed, today would have been a failure. But…

A 3:30 marathon is a really difficult time for me. I trained hard all summer, but it was undoubtedly going to be tough for me to maintain an 8:00/mi pace for 26.2 miles.

A 3:34 (all things considered) is a reflection of what I’m capable of. And above & beyond the 3:30 goal, that’s what today was really about.

My legs didn’t feel much better than they did 3 weeks ago. But my head was in the right place.

I had a random group of runners with a 7:30am running group cheer for me at the Huguenot Starbucks after my buddy, Marcos, told them what we were doing. Runners are runners. Strangers are friends.

Also at mile 23, my legs felt like poop. Without my friends, I might have walked. I’m proud of myself for pushing through, no matter what the pace was.

On multiple occasions, we had cars stop at green lights to let us go. It was like the world communicated to them what we were doing, and they got the message loud & clear. I don’t care who/what you believe in, but that’s some powerful stuff. Awesome is as awesome does.

I have the best friends anyone could ask for. You could attend The Global Summit of Nice People International, pay a million bucks a head, and you still wouldn’t walk out of there with a better group of people.

I wish I would have talked to them a little more today (marathon delirium from 20 on). But there’s plenty of time to make up for that. That’s why man created Starbucks. It had nothing to do with coffee, I swear. OK, well, maybe a little. Caffeine’s a vitamin, right?

I joined MTT solely for the purpose of meeting new people, not for running a great marathon time. Perhaps it’s fitting that my MTT marathon three weeks ago wasn’t a great time, but the people I met during training were running beside me today. At its core, running is about health, happiness & community – not time, distance & PRs.

I wasn’t the only one who did something special this morning. Ginny Flynn, Leslie Buller, Kelly Casey, Denise Thomson (collectively known as the “Little Hotties”), James Minnix, Jennifer Selman, Ola Sopilnik, Marcos Torres & Cheryl Christensen did something even more special. They were there for me (when I desperately needed it). And more often than not, just being there is more than enough.

There was an article that went viral recently. It cited research that suggests… consistant endurance running and/or running over __ miles per week and/or running faster than ___ pace is bad for your heart, and could lead to heart complications & a shorter life. The truth is… if that’s the case… “Doc, I couldn’t think of a better way to go out.”

The truth is… in my lifetime, I’ll never believe that. There’s no amount of research, scientists & PhDs that will ever convince me not to run whatever pace – whatever distance – I want to run.

The truth is… one human heart is smarter than a million brilliant scientists. And it’s way more consistant than any researcher will ever be.

[random tangent about the human heart] – The friggin’ thing beats every single second of your life. Never stops. Never wavers. And it does it all by itself. Completely independent from everything else in your body. Heck, it even beats outside of your body… as if to say, “Yo doc. Put me back in. I ain’t done yet. This guy’s got more life to live.” [/end tangent]