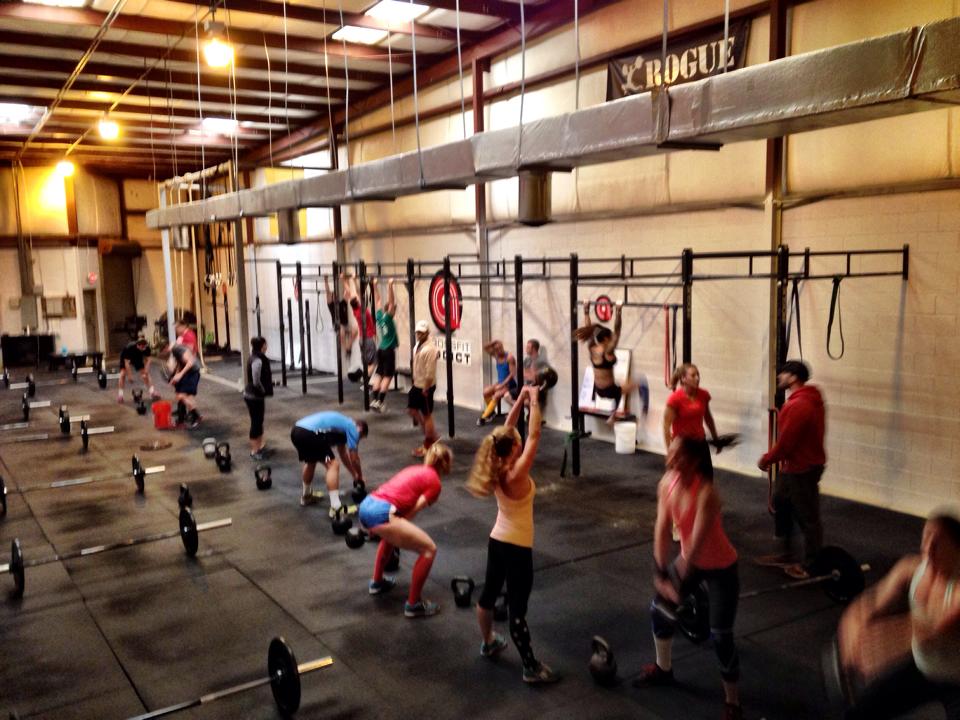 We had 3 new people show up for class today at CrossFit Addict. While all 3 of them kicked butt, it was a comment I overheard from one of them that stuck with me today.

I heard Linda mention the dreaded workout plateau at cardio/free-weight gym like Gold’s. We’ve all been there. We know what it’s like to whip ourselves into shape, and then stagnate like paralyzed amoeba, searching for the next fitness secret that will carve out a six pack. Still… searching…

I’m not here to talk up CrossFit like it’s the greatest thing on planet Earth. It’s not for everyone. It’s not the end-all-be-all of fitness. And there are thousands of different ways to improve your fitness; CrossFit is merely one of them.

But in the 5 months I’ve been doing CrossFit on a regular basis, I see no plateau in sight. I believe that the fundamental concept of CrossFit, alongside the core movements & variations that go along with it, can be improved over years & years of practice.

While CrossFit is still in its early stages, even the elites have their weaknesses (some of which are exposed each year at The CrossFit Games). And they continue to put up better numbers, heavier weight & faster times. Consistently. Year after after.

I’m not saying this trend will continue to improve indefinitely. But for the majority of us, we could probably continue with CrossFit for 20+ years, and not once hit a plateau in a our fitness.

There’s maybe a handful of people in the world who could say the same thing about Gold’s Gym. And there’s over 100 in our CrossFit gym alone, whom are getting more fit every single day.

PS – Shout out to Linda, who, on her very first time ever doing CrossFit, crushed an overhead squat/running WOD. It’s impressive enough that she was doing overhead squats on her first day, but she put up more weight than I did, and finished at the same time.